Managing people’s expectations of you

One of the hardest aspects of creating a work-life balance is managing the expectations placed on you. Let’s look at why this happens and how to manage it. What are expectations and why do people have them?

Expectations are strong beliefs about the way things are or what might happen.

Every single person has expectations around lots of different aspects of our lives.

This could be positive, e.g. a surprise like winning a prize in a competition when you didn’t expect to.

It can also be negative, e.g. getting angry/upset when your WiFi signal stops working for no reason when you expected to work on your assignment all afternoon.

Expectations can result in pressure. If you have an expectation of getting good grades in your studies, you might pressure yourself. Others can put pressure on you as well, either intentionally or unintentionally, which can lead to conflict and feelings of stress, disappointment and even shame.

We can sometimes clash with other people around expectations. This normally happens when there are competing priorities or our needs conflict with someone else’s needs.

One of the main reasons this causes issues is because people often feel their happiness or wellbeing depends on their expectations being met, e.g. a parent wanting what’s best for their child and having an expectation that they will go to university to secure a good job in the future.

A lot of our social relationships are based around implicit (unspoken) social contracts, which means that we hold beliefs around how others should behave and treat us, without ever discussing this. This can include ‘quid pro quo’ expectations, such as, "If I do this for them, they will do it for me."

We often make up stories in our own head about these expectations. For example, you might have an expectation that if you support a friend when they are feeling down, they will return the favour.

Society places expectations on everyone

Some expectations are for the greater good, like the expectation we won’t physically harm one another.

But some expectations can hurt. For example, an expectation that everyone has to have a 9am-5pm office job to be a meaningful member of society is both outdated and harmful. Some people cannot or choose not to work 9am-5pm, or even work at all, but this doesn’t make them not-meaningful to society.

There can be consequences when you don’t meet societal expectations. For example, you might not get a home loan if you don’t have a full-time, permanent job – but short-term contracts might be a defining feature of the industry you work in.

Societal expectations add additional challenges, as they can change how other people view or treat us and can lead to disadvantage and discrimination.

‘Cognitive dissonance’ is when you hold two or more conflicting beliefs at the same time.

A common example is that many people love their pets and feel compassion towards animals, but are also comfortable eating the meat of some animals.

How cognitive dissonance plays a part in expectations

Cognitive dissonance can make people feel uncomfortable and they will sometimes try to change their behaviour or their belief in order to try to restore balance.

For example, someone might believe in flexible working, but judge people who work from home as being ‘lazy’.

Sometimes, people will act out and blame others or become aggressive when cognitive dissonance occurs, especially if that person somehow played a role in challenging their belief (even just by virtue of living their own life according to their own values).

Beliefs don’t always stem from evidence; they often come from a need to believe, which means people hold a lot of assumptions (beliefs without evidence).

Rather than challenging their own beliefs with evidence (which can be difficult and confronting), some people take it out on someone else. For example, believing you are smart, but failing a test might result in you blaming the teacher.

Sometimes, pressure is well-meaning. People who care about us might want what’s best for us, but they base this on their own needs and beliefs.

Challenging their expectations can be hard, but it can ultimately help them grow as a person. And living your life to meet other’s expectations rarely makes you happy.

If you’re having trouble balancing school, work, and other parts of your life you’re not alone.

You can always talk to us about the pressures and expectations you’re facing, whether from others or yourself.

Give us a call, start a WebChat or send us an email anytime, for any reason.

It can be a balancing act to manage different areas of your ...

All about work/life balance

To find a balance between work, study, and family/friends/fun, it ...

If you are feeling stressed, anxious or just struggling to deal, there ...

Putting pressure on yourself

We sometimes put a lot of pressure on ourselves to be perfect. ...

Was this information useful?

Help us by rating this page:

Thanks for your feedback!

Rate this page:
Thanks for your feedback! 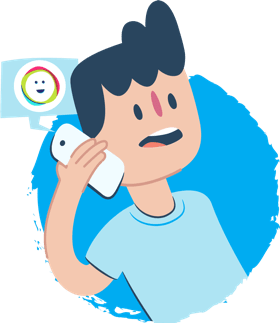 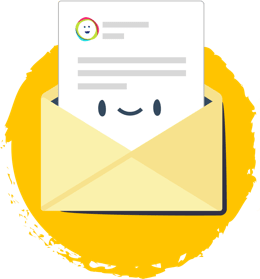 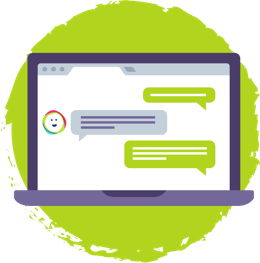